Here are four art exhibitions for the introspective art lover to peruse this fall.

1. Freedom Must Be Lived

For the first time since her passing in 1978, self-described “social-research photographer” Marion Palfi’s photographic prints and archival materials will be on display in the Freedom Must Be Lived: Marion Palfi’s America, 1940-1978 exhibit at the Phoenix Art Museum. After fleeing to America from Germany during World War II, Palfi quickly found that injustice and hardship were more common than the fantasized American Dream. Over the next three and a half decades following her arrival, Palfi traveled the nation photographing the reality of life in America, specifically the link between racism and poverty, in hopes of using her photographs to shape social change. “Palfi’s vision and commitment to social justice allowed her to build a visual archive of otherwise ‘invisible’ Americans,” says Audrey Sands, the Norton Family assistant curator of photography at Phoenix Art Museum. “Given the continued resonance of these topics, now is the perfect moment to rediscover Palfi’s important work.” The exhibit features four major projects— children in poverty, systematic racism against African Americans, abject conditions of aging in New York and forced relocation of Indigenous people off reservations in the Southwest—and is sure to leave the audience with much to reflect upon. Through Jan. 2, Phoenix Art Museum, 1625 N. Central Ave., phxart.org Lovers of pop culture and self-proclaimed media junkies should flock to Mimi O Chun: It’s all cake. The title pays homage to the viral “cake trend,” where a seemingly normal object is veritably constructed of cake, as this new exhibition is meant to critically examine trends in media over the past couple of years where fun gimmicks distract from deeper issues. At first glance, the room full of soft sculptures will appeal to the eye through its bright colors, but hidden beneath is a commentary on the disruptive events the world has seen over the past year and a half. Looking to recontextualize what has been regarded in the media, Chun’s art speaks to who we become and what we crave to consume when left alone. “The same social media ecosystem that brought us momentary relief in the form of TikTok dances and hyperrealistic illusion cakes also forced us to collectively confront unspeakable police brutality in the murder of George Floyd,” says Lauren R. O’Connell, curator of contemporary art at SMoCA. “These cultural, political and economic winds formed a perfect storm that has exposed and exacerbated the structural inequities of a late capitalist economy.” Sept. 4-Jan. 23, Scottsdale Museum of Contemporary Art, 7374 E. Second St., smoca.org 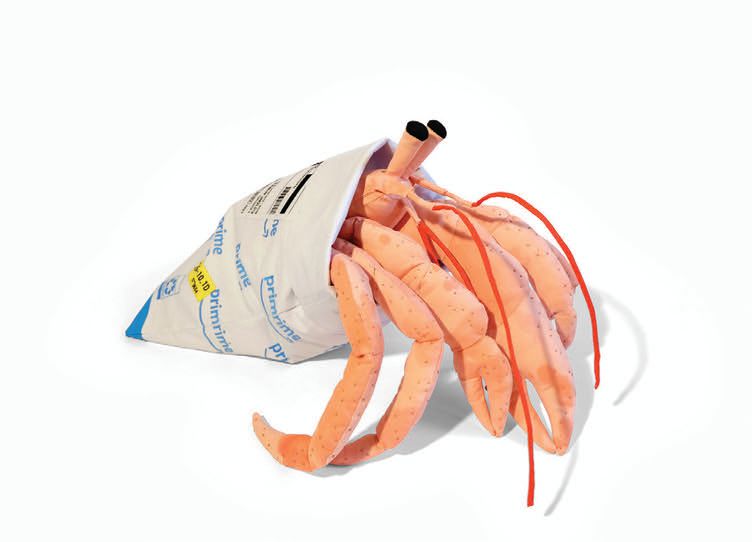 A compilation of work by Phoenix-based artists under or near the age of 30, Forever Becoming: Young Phoenix Artists displays the transformative work of artists with powerful messages to share. Artists were chosen based on how their art worked in conversation with one another, forming a cohesive group of artists. “The title grew out of the idea that artists, especially emerging ones, are in a state of forever becoming and evolving to the next level of their practice,” says Lauren R. O’Connell, curator of contemporary art at SMoCA. Though these artists are able to piece together a collective story, personal narrative is an essential component in the exhibition. “The artworks in this exhibition have critical messages about personal and collective identity formation within contemporary society, including conversations about race, sexuality and nationality,” says O’Connell. “The act of sharing of personal narratives allows the viewers to find themselves in the artwork, relating the narratives to their own experiences.” Get ready to connect with these local, emerging artists. Sept. 11-Jan. 23, Scottsdale Museum of Contemporary Art, smoca.org Forever Becoming: Young Phoenix Artists, Lily Reeves, “Where Are We” (2020). PHOTO COURTESY OF THE ARTIST

An exhibit co-organized by Phoenix Art Museum and the Blanton Museum of Art is the first midcareer survey of Columbian artist Oscar Muñoz. Though well recognized among European and Latin American audiences, Oscar Muñoz: Invisibilia is his debut in the United States. “I first encountered his work “Aliento” (Breath) at the Bogota Biennial in Colombia in 2002,” says Vanessa K. Davidson, curator of Latin American Art at the Blanton Museum of Art. “This piece touched me so deeply that I never forgot it.” Muñoz and Davidson worked closely to select pieces and their placement within the gallery, reflecting a collaborative process between creator and curator. “Since the late 1980s, Muñoz has reinvented the medium of photography, creating hybrid works that splice photographic processes with drawing, painting, printmaking, installation, video and sculpture,” says Davidson. Muñoz’s artistic craft focuses more on the process of his creation than the product itself. “I’d like to think that I perform the work of a person who repairs things,” says Muñoz. “I’m dismantling mechanisms—in this case, the systems of printing, producing and reproducing images—to understand them and make them work again, whether that is with slight differences or with substantial changes to their operation.” Viewers will leave with the notion that memories are meant to be held onto. Sept. 11- Jan. 16, Phoenix Art Museum, phxart.org